When you think of teenagers, you probably think of young people living their best most carefree years and finding themselves. However, the teenage years can also be the most complicated and confusing time in our life as we struggle to understand the world, who we are, and our place in it.

For this US teenager, life was even more complicated. She was diagnosed with Hutchinson-Gilford progeria, also known as Benjamin Button disease when she was three months old. The rare fatal condition meant that her days were numbered from the moment her life started. However, knowing she had a fast-approaching expiration date gave Adalia Rose the motivation to first touch millions of people and leave a big imprint.

Diagnosed As A Baby With Progeria

Adalia’s journey started when she was just three months old. Her single mom noticed a lack of “growth” in her baby. She grew even more concerned when she noted that the “skin on her tummy was really tight and just different looking.” 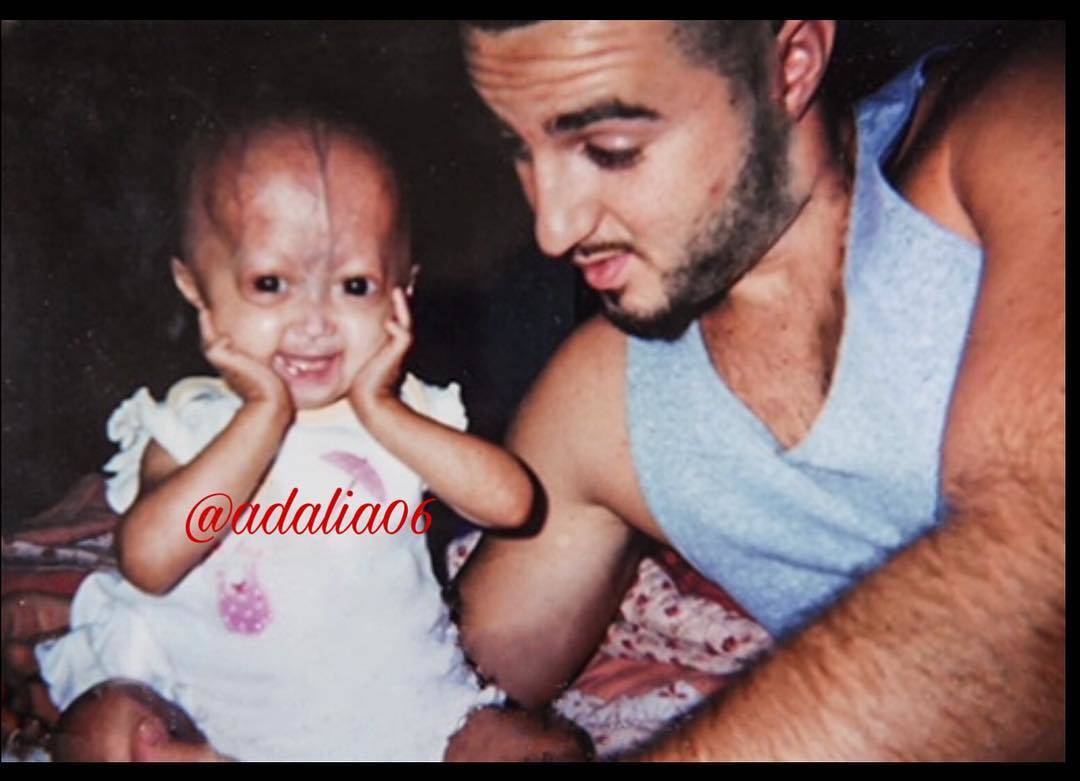 Doctors also first noticed something was wrong within the first four weeks. Then, Natalia was left devastated by a life-changing diagnosis. The child was diagnosed with Hutchinson-Gilford progeria syndrome, a genetic condition that affects less than 500 children around the world. She remembers how “it was just her and I and I honestly felt lost.”

Natalia did her best to raise her child with the condition but the effects were showing up quickly. Even with the constant medical care, there was no way to stop or slow down the rapid premature aging. 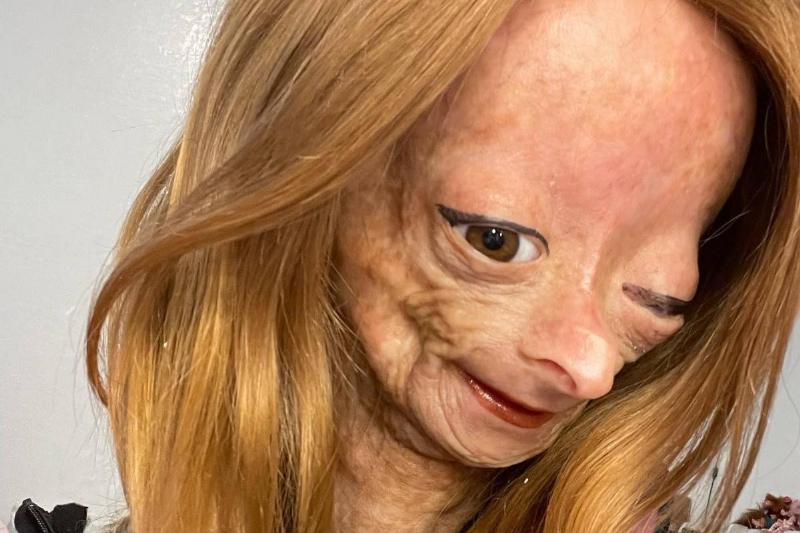 Adalia also suffered from hair loss, lack of body fat, prominent veins, a high-pitched voice, and severe stiffness in her joints. Yet she always wore a smile on her face and managed to find ways to feel pretty in her own skin and inspire girls by showing that beauty is felt from within.

A Legacy In An Unexpected Place

Adalia decided to raise awareness of her condition and defy beauty standards by sharing her journey on social media. She quickly rose to fame and gained over 2.91million subscribers on YouTube. 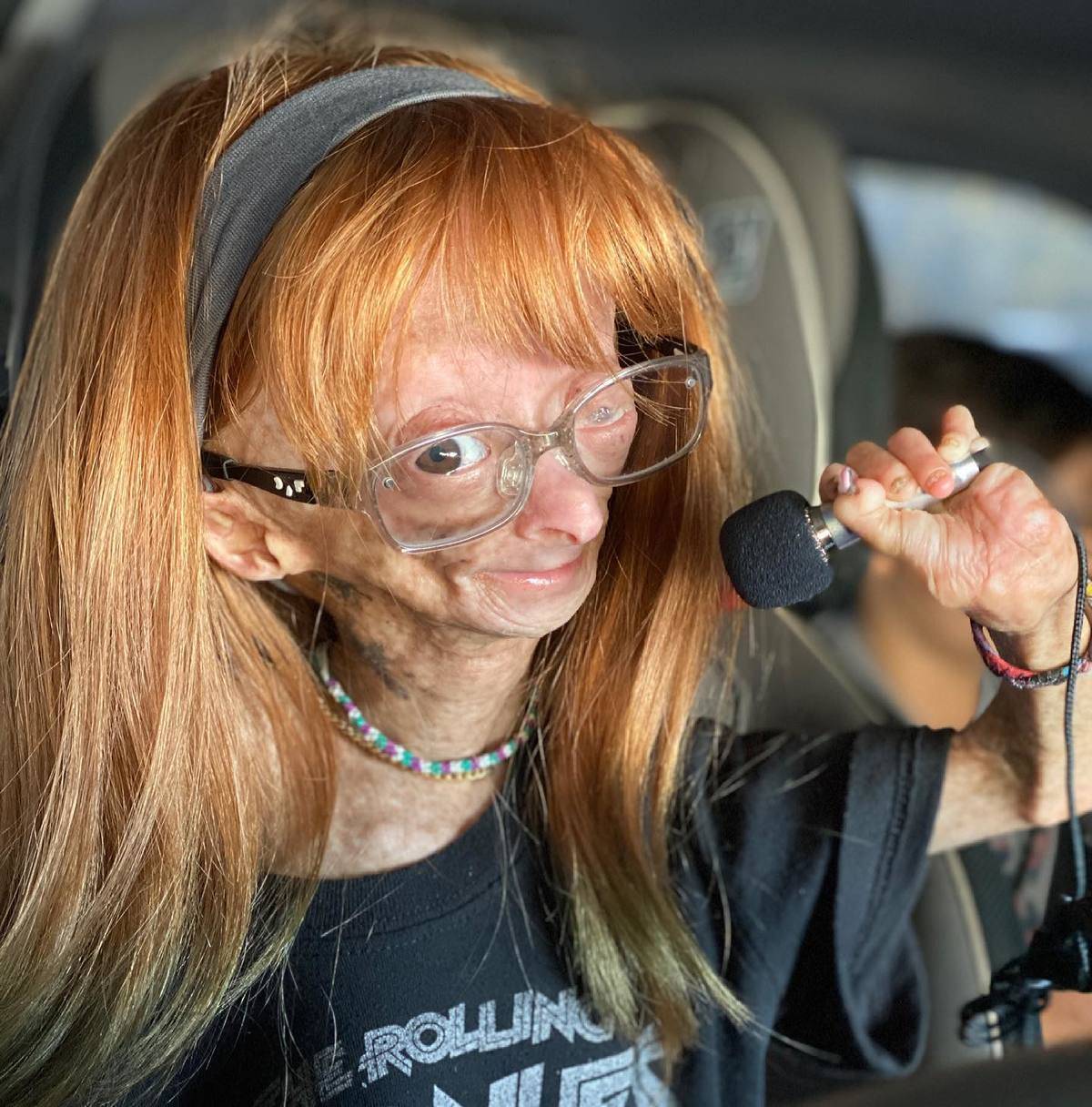 Adalia shared videos of makeup tutorials, dancing, and a tour of her new apartment. She published her last video just one month ago before passing away. Her videos not helped inspire others but helped her leave a legacy. Her mom explains: “She touched MILLIONS of people and left the biggest imprint on everyone that knew her. ”

Unfortunately, Adalia’s life was cut short and there was nothing anyone around her could do. She died as a result of the condition. Her passing was marked on her Instagram with a caption that read: on “January 12, 2022 at 7pm Adalia Rose Williams was set free from this world. She came into it quietly and left quietly, but her life was far from it. 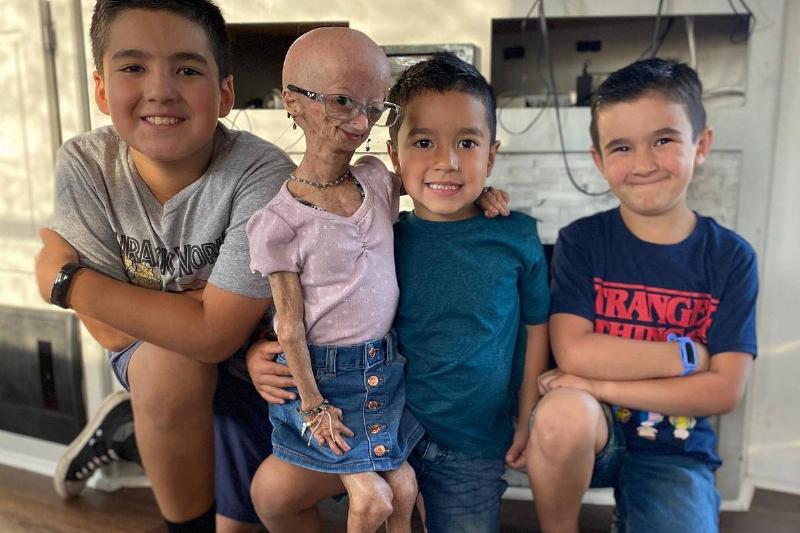 She is no longer in pain and is now dancing away to all the music she loves.” Her mother adds: “I really wish this wasn’t our reality but unfortunately it is. We want to say thank you to everyone that loved and supported her.

Adalia’s family was thankful for the community both online and offline that helped Adalia make the most of her short life, find her voice and still get to live out some kind of “normal” life as a teenager. “Thank you to all her doctors and nurses that worked for YEARS to keep her healthy,” explained her mom. 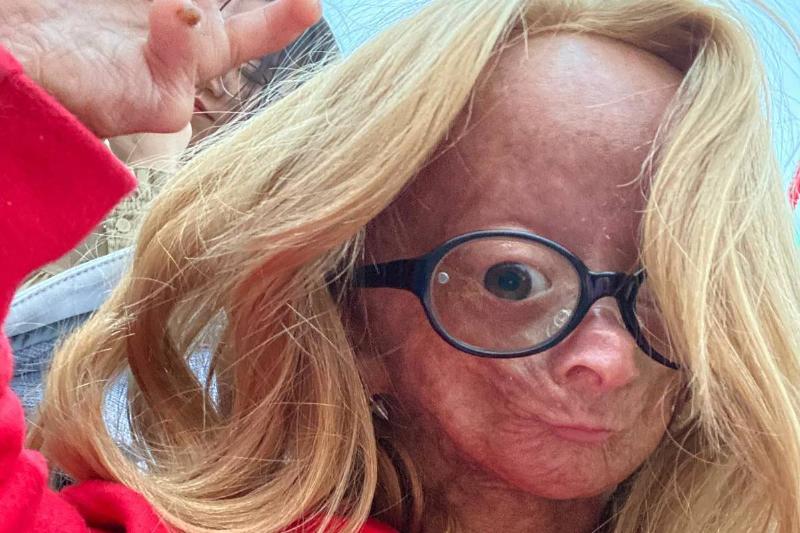 As for Adalia, she had posted just 8 hours before her passing with an Instagram story with the caption “no… just no…. why is my family like this” over a video of a growing tree. She was still herself and full of life and personality till the very end.

In Death There Is Freedom

While the family requested to grieve in private, they felt some kind of peace knowing that Adalia no longer had to suffer just to get through the everyday: “She is no longer in pain and is now dancing away to all the music she loves.” 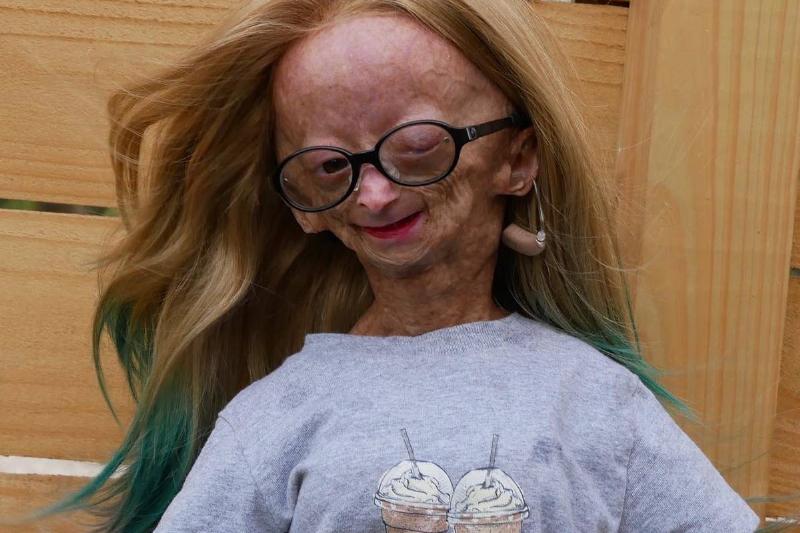 In death their freedom of pain, and the constraints we’ve limited ourselves by in this world. Who knows what the next world holds for us? Maybe somewhere out there Adalia’s watching over us knowing some better places await us.

Progeria affects such a small percentage of the population that it’s not well known. Although it is also referred to as the “Benjamin Button” disease from the movie “The Curious Case of Benjamin Button”, those who suffer from it do not age as gently as Brad Pitt’s character aged backward. 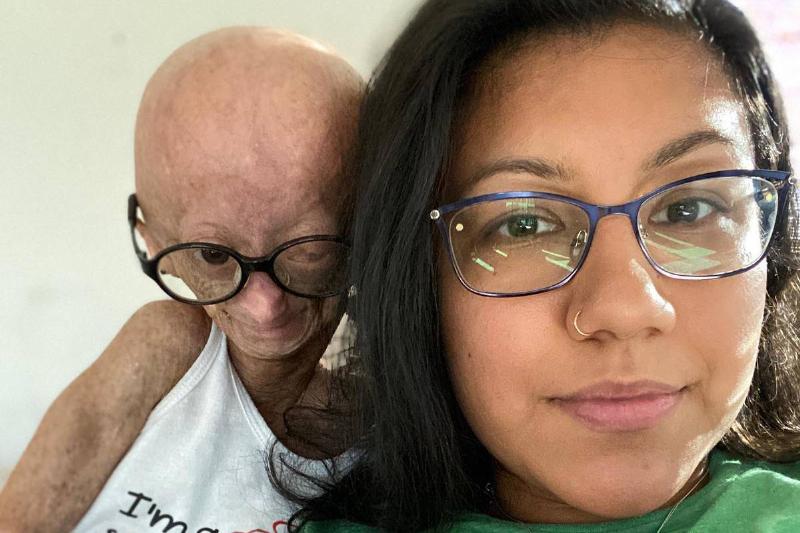 According to the Mayo Clinic, babies born with progeria appear normal at birth and then start to experience slow growth and hair loss in their first year. The average life span for someone with the disease is 13 years, although some may live up to 20 years.

Strangers who felt like they knew Adalia through the public journey she brought them on flooded the internet with their their condolences. Fashion designer Michael Costello evenposted videos of Adalia in the dress he designed for her. 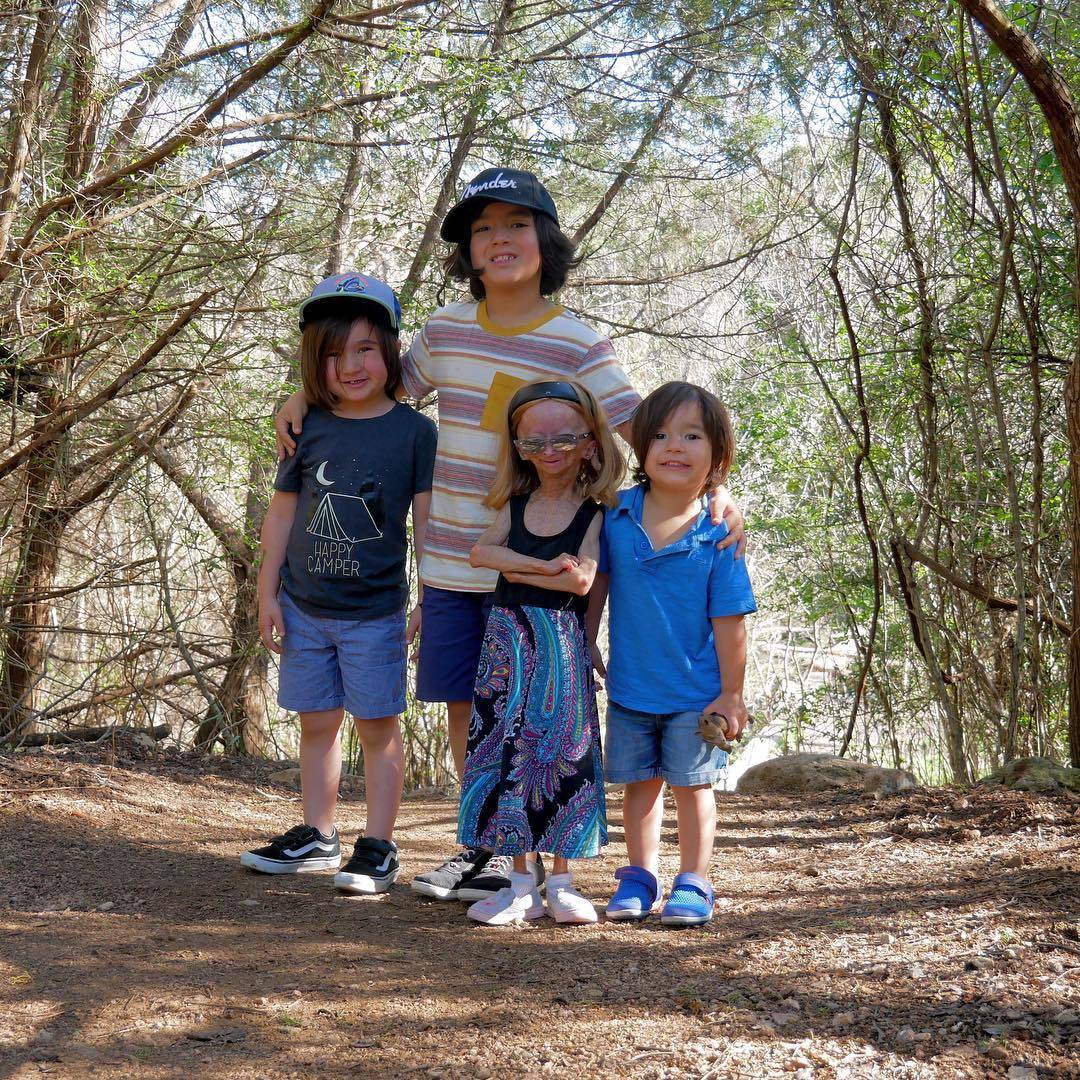 “My heart is broken. I received a message at 7pm last night, Adalia Rose Williams was called home to God. I am at a loss for words and cannot stop crying,” he added, “Words cannot convey how much you’ve changed my life. I will miss you dearly, friend, and I promise to cherish all the wonderful memories we’ve had together.”